We hate to say it, but Summer is almost over and this might be your final weekend to enjoy some time at the pool. We ask that you please consider donating your old beach towels at one of our convenient drop-off locations. All towels will be washed and donated to the BARCS Animal Shelter. 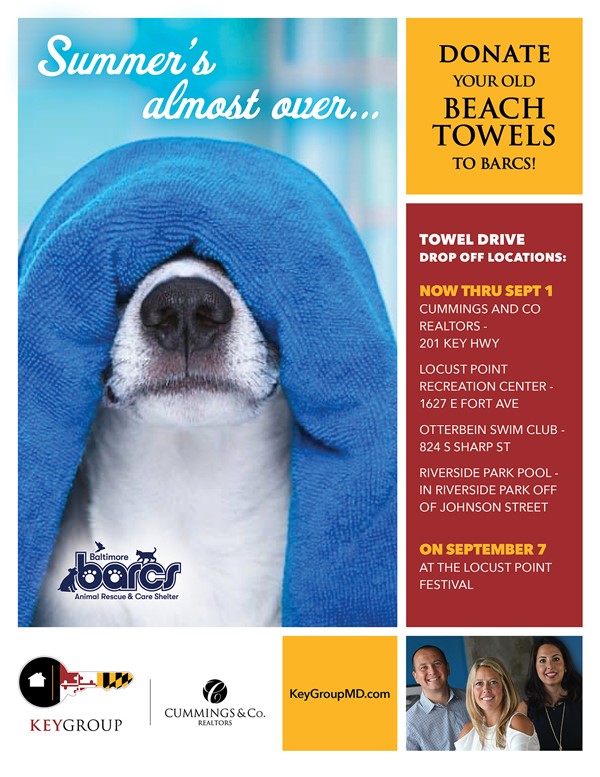 We have setup four drop-off locations throughout South Baltimore where you can make a towel donation: